The art show, called “Women in the Arts: A Dialogue Between Nature and Environment,” was described this way: Just as culture occupies a special place in life, so too women have always played an important role in this vast and beautiful area of human activity. Looking at the works of Yumi Hogan and Mina Papatheodorou-Valyraki, we can understand and delight in the different ways in which these two women have embodied and defined nature through art. Whether their inspiration is found in the European still life tradition or in Asian landscape painting, both artists display an appreciation for nature as it intersects with the imagination. 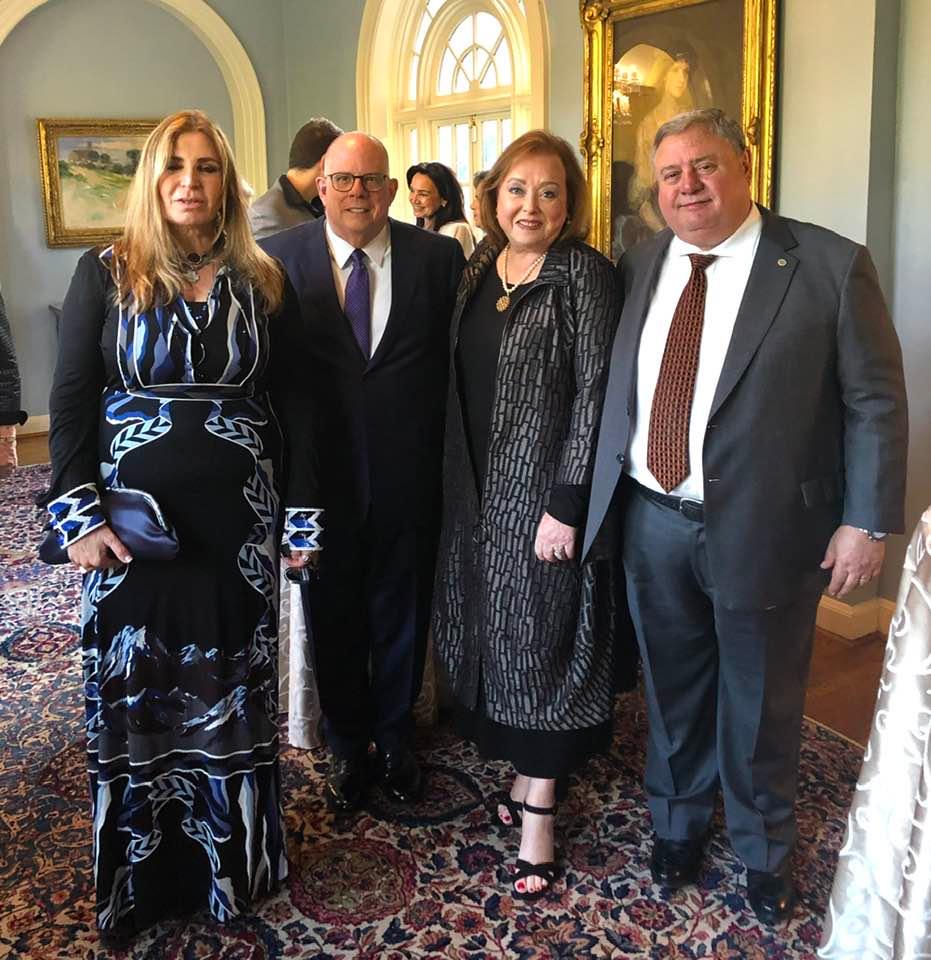 Valyraki, the accomplished Greek painter, is known worldwide for her abstract expressionist paintings featuring a variety of subjects from athletes to automobiles. Valyraki’s pieces can be viewed across the globe in such locales as the National Gallery in Athens, the Olympic Museum of Lausanne and the United Nations Building in New York, N.Y.  Valyraki’s acrylic painting, “Still Life in Yellow,” became a permanent piece in the National Museum of Women in the Arts in Washington, D.C. Many of her works are on public display at the American Sport Art Museum & Archives on the Academy campus in Daphne, Ala.

More and more, as contemporary becomes more global and artists look both east and west, the ideas that bind artists like Hogan and Valyraki together are found in a shared love of the natural world. It is that deep and abiding belief in nature –as expressed through the lens of their own rich heritage– which ultimately enables their art to speak to us all.

Yumi Hogan and Mina Papatheodorou Valyrakis are featured in the Permanent Collection of the National Museum of Women in the Arts of Washington, which highlights the achievements of women artists of all time and nationalities.

The partnering of their art brings together a view into their personal environments and natural surroundings. This partnership is the second installation of this exhibition, with the first being featured in Athens, Greece in 2019.