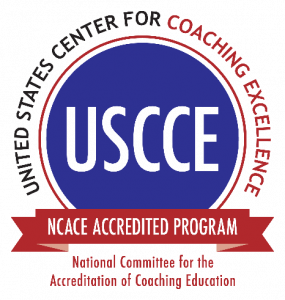 The United States Sports Academy has endorsed the newly revised National Standards for Sports Coaches (NSSC) set forth by the Society of Health and Physical Educators (SHAPE America) and promoted by the United States Center for Coaching Excellence (USCCE). The 3rd edition of the NSSC is scheduled to be published in book form later this summer.

The new SHAPE America standards include 42 standards such as athlete-centered coaching philosophy, long-term athlete development, unified vision in strategic planning, alignment with rules and regulations and needs of the community, and management of resources in a responsible manner. The new NSSC are organized into the seven core responsibilities of sports coaches which closely align with both the International Sports Coaching Framework and the Quality Coaching framework from the United States Olympic Committee.

The endorsement comes on the heels of the Academy’s successful bid for comprehensive accreditation for its Bachelor of Sports Science degree in Sports Coaching from the National Committee for the Accreditation of Coaching Education (NCACE), which works under the auspices of the USCCE. The accreditation signifies that the Academy’s coaching bachelor’s degree program is aligned with the National Standards for Sport Coaches (NASPE, 2006) and the NCACE Guidelines for program supervision, personnel and operations.

Quality coaches have multiple fundamental roles, so the Academy’s Sports Coaching course work covers ethics, safety and injury prevention, psychology, administrative and management functions, as well as the technical, tactical and strategic knowledge relevant to all coaching assignments. The Academy is the only institution with an NCACE accredited degree program and organizational memberships in both the USCCE and the ICCE.

In addition, Academy chair of sports coaching Dr. Roch King was recently elected to the board of directors of the United States Center for Coaching Excellence (USCCE).

King will serve as the USCCE board secretary, a voting position which handles communications channels for the organization. The USCCE serves as a link between the International Council for Coaching Excellence (ICCE) and coaching educators in the United States.