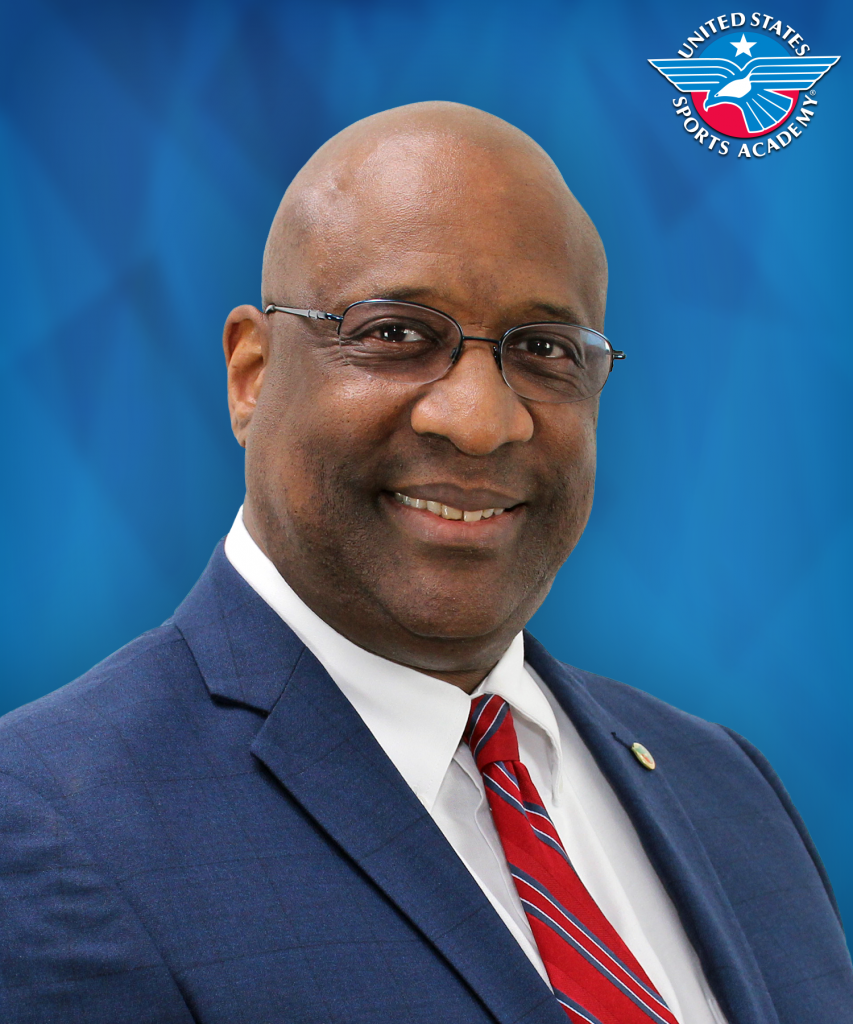 Dr. Fred Cromartie is the Director of Doctoral Studies at the United States Sports Academy.

DAPHNE, Ala. – The United States Sports Academy’s Dr. Fred Cromartie predicts that the awarding of the 2028 Summer Olympic Games to Los Angeles and the recent resounding success of American athletes in the International Association of Athletics Federations (IAAF) World Championships in London will spark a renewed interest in Olympic sports in the United States.

“I think we will see more Americans interested in participating in the Games as athletes and spectators,” Cromartie said. “Just like in Atlanta in 1996 and Salt Lake City in 2002, the Olympic Spirit will move Americans to support the Los Angeles Olympics.

“I do think the success Americans had at the World Championships will translate into excitement for the Los Angeles Olympics in 2028.

“I believe it will also generate some real interest in America in regards to Olympic sports like track and field. I hope the young people who watched this on television will be inspired that one day, they can compete with the best athletes in the world on a global stage as well.”

Cromartie is the Academy’s director of doctoral studies and is also an Academy alumnus, having earned his Master of Sports Science in sports medicine and Doctor of Education in sports management at the Academy. He was recognized in 2002 as the Academy’s Distinguished Alumnus of the Year. 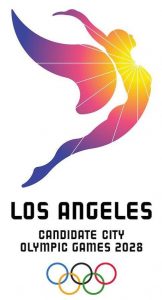 Cromartie, who has taught numerous Olympism classes at the Academy, noted that at the IAAF World Championships, American athletes won 30 total medals – 19 more than the second place country, Kenya – and produced dramatic finishes in some of the more high profile events.

The American success in London also happened at an ideal time, 11 years before Los Angeles hosts the 2028 Olympic Games. In August, the International Olympic Committee (IOC) did something it had not done before by selecting host cities for consecutive Summer Olympic Games at the same time. The cities are expected to be formally awarded the bids in September, with Paris awarded the 2024 Games and Los Angeles the Games in 2028. This will be the third time each city has hosted an Olympiad.

Cromartie said children who were inspired watching the IAAF World Championships on television will likely be old enough to participate in the Olympics by 2028. According to the IAAF, the meet’s cumulative television audience reached 400 million people globally.

“If you watched what transpired in London, you saw that stadium jam packed with spectators and fans,” Cromartie said. “That was phenomenal. Plus there was an anomaly with a lot of first time winners and some high profile upsets that made the event particularly exciting.”

While some have said Los Angeles “lost” by not earning the 2024 bid it had spent years trying to secure, the IOC sweetened the deal by offering $1.8 billion in funding for a youth-focused Olympic development program in the Los Angeles area.

“Between now and 2028 – that’s 11 years – Los Angeles and the United States can continue to develop their Olympic programs,” Cromartie said. “Los Angeles convinced the IOC to fund its youth-focused Olympic development program over the next 11 years. This is unprecedented.”

“Today, the superstar athletes in America are participating in football, basketball and baseball,” Cromartie said.  “It is important that we work to give children a view into the Olympic world so they can see there is something else out there.

“We’ve had some high profile athletes be very successful at the Olympics, but overall there seem to be fewer who have really captured the eye of the American public. That’s why the youth-focused Los Angeles bid is important.”

“I’ve been fortunate to attend a number of the Games and I was engulfed in what the Olympic spirit is all about,” Cromartie said. “The Olympics are the greatest sports spectacle in the world. People are generally pleasant to each other and support and cheer for all athletes.

“The Olympics offer something that is unique that you don’t get with other sports stories,” Cromartie said. “You feel a connection to these athletes who come from such diverse backgrounds and the struggles and successes they may have had. And in America, we often get the biggest events on television in prime time. It’s a good time for you and your family to watch a true, global event together.

“I remember watching the Olympics with my family when I was growing up, then watching them again with my daughter,” Cromartie said. “It really is unique. I would encourage everyone to go to Los Angeles for the Games there.”

From a purely athletic standpoint, the Olympics are home to the world’s best athletes. The Games are also home to the ideal of Olympism, which promotes a philosophy of life balanced in the body, will and mind.  They blend sport with culture, education and art and promote universal fundamental ethical principles. The Olympic Movement aims to build a peaceful world by educating young people through sport, friendship, solidarity and fair play.

But Olympic Games are not always financially successful. A 2016 report from Oxford University showed the costs of hosting an Olympiad exceed budgetary estimates by 156 percent on average, based on figures gathered from Olympic Games between 1960 and 2016. The figures have led to fewer countries going through the bid process.

“In Rio, government overspent and didn’t live up to the promises made,” Cromartie said. “Most of the Rio venues are already obsolete today. There’s always a ‘legacy plan’ attached to an Olympic bid, and that plan is to have those venues used as sports venues on a regular basis after the Games. Very few of the structures in Rio are actually being used now.”

Cromartie said the Los Angeles Olympics in 2028 could be financially successful because the city has a strong economy and competent leadership and will not have to invest in building stadiums and infrastructure.

“Successful Olympiads are most often hosted in places where there are already venues in place,” Cromartie said. “Or if they do build, they make sure to use those venues afterward.”

The next Winter Olympic Games will be in February 2018 in PyeongChang, South Korea. While the Korean peninsula is currently under the world’s microscope because of the provocative actions of North Korean President Kim Jong-Un, Cromartie said it wouldn’t be the first time the Games were held in dangerous situations.

The Munich 1972 Olympics were overshadowed by a massacre perpetrated by terrorist group Black September, in which 11 Israeli athletes and coaches and one German police officer were killed. The Atlanta 1996 Olympics were marred by the Centennial Olympic Park bombing, which killed two spectators and injured 111 others. In 2014, the Sochi Olympics faced terrorist threats from more than one group, but nothing happened.

“The one thing against all Olympiads is that there are too many people with bad intentions out there,” Cromartie said. “I think PyeongChang can be safe and successful but there’s always a chance for someone to disrupt the Games. That’s happened before and the IOC has to be prepared for what may happen.

“Security will be heavy as ever there,” Cromartie said. “In order for the IOC to really say, ‘let’s hold off on doing the Games,’ there would have to be some imminent threat. If there is, then the IOC would have to make that call. World security is on alert right now and the IOC is monitoring everything. They will do whatever they can to ensure safety for everyone.”

The Academy, America’s only freestanding accredited sports university, offers numerous courses that delve deeply into the Olympics and Olympism.  The Academy teaches classes on all aspects of the Olympics including the modern Olympics and how they came to be, the modern Olympic founder Pierre de Coubertin, the international organizational structure and function of the Olympic movement, and the various political, governmental, social and economic aspects of the Games. Both the Academy’s Master of Sports Science and Doctor of Education in sports management degree programs offer Olympism emphasis options.

The Academy is an independent, non-profit, accredited, special mission sports university created to serve the nation and world with programs in instruction, research and service. The role of the Academy is to prepare men and women for careers in the profession of sports.