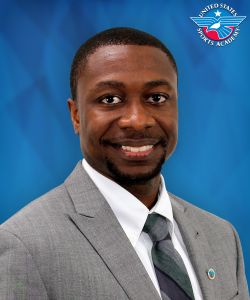 A pair of United States Sports Academy faculty members were recently selected to present at the upcoming American College of Sports Medicine conference to be held later this year in San Francisco, Calif.

Spradley and Herron have been key members of the Academy faculty involved in helping educate high school athletes in the Mobile, Ala., area about sport-related concussion issues.

Since 2016, the Academy has worked with the University of South Alabama (USA) Department of Neurology and the Mobile County Public School System (MCPSS) under the Concussion Awareness Program (CAP), funded in part by a grant from the National Collegiate Athletic Association (NCAA) to USA. Under the program directed by USA, the University and the Academy developed procedures for use by the school system to better protect student athletes from the negative health consequences of concussions. Students, coaches and others involved in contact sports programs are provided training on concussion awareness and prevention. Protocols are also put in place to make sure that student athletes who receive concussions are not allowed to return to play until medical professionals approve. 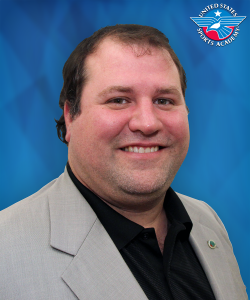 The second element of the program relates to ensuring that athletes with concussions are given proper medical treatment and not allowed to resume competing until medically cleared. This is achieved by medical intervention and by using the King-Devick Test and the Sport Concussion Assessment Tool (SCAT) 5 test. After suffering a concussion or suspected concussion, the tests are taken again. Under the protocol, players suspected to have suffered concussions cannot resume competition unless released by medical professionals.

In addition to its involvement in CAP, the Academy offers a free online course on sport-related concussions which provides an in-depth review of the risks, prevention, recognition, treatment and management of sport-related concussions. The course also discusses the importance of awareness and education strategies for coaches, athletes, parents, administrators, and health care professionals. The course is available here.