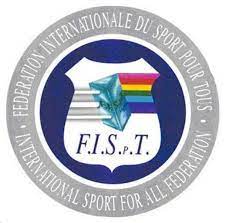 United States Sports Academy President and CEO Dr. T.J. Rosandich was unanimously voted to serve as the Vice President of North America for the International Sport For All Federation (FISpT) during its virtual general assembly meeting in May.

In addition to the Vice President role, Rosandich will also serve as a member of the FISpT Board of Directors. The Academy President will participate in the organization’s next meeting in November 2021 in Milan, Italy, which will coincide with the annual meeting of the Federation Internationale Cinema Television Sportifs (FICTS), of which he is also a member of the Commission for Youth, Culture and Education. The President of FISpT is Prof. Franco Ascani who also serves as the President of FICTS, an international organization which promotes the universal idea of culture through sport. 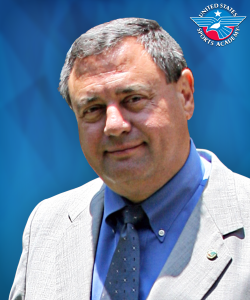 The FISpT is an International Olympic Committee (IOC) recognized sports federation that aims to further develop and promote the ideals of “sport for all” – that sport is a basic human right that enables people to live more fulfilling lives – and the values of universality, tolerance, and ethics. Rosandich has been involved as a member of FISpT for nearly two decades.

“I was both honored and humbled with the nomination and subsequent vote”, said Rosandich. “Having been involved with international sport generally and the concept of sports for all specifically, I’m looking forward to my continued service with FISpT. There is much to do coming out of the hiatus in activities over the past year owing to the pandemic.”

The United States Sports Academy has long celebrated the intersection of art, sport and culture through its American Sport Art Museum & Archives (ASAMA), which is home to more than 1,800 works of sport art across a variety of media including paintings, sculptures, assemblages, prints and photographs. Founded in 1984, ASAMA is dedicated to the preservation of sports art, history, and literature. The museum is open free to the public from 9 a.m. to 4 p.m. weekdays. For more information, go to www.asama.org.