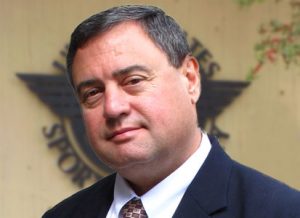 Rosandich and Simmermacher will appear twice on “Beyond the Goal,” a series hosted by former college football coach and sports broadcaster Mike Gottfried. On the show, Gottfried talks with current and former athletes and others involved in the field of sport about their experiences in sport and their Christian faith. The first broadcast is Saturday, 1 July 2017, at 3:30 p.m. Central. The second, which will have a patriotic Fourth of July theme, will air on Sunday, 2 July 2017, at 2 p.m. Central.

TCT is a Christian network that provides award-winning exclusive programming, live broadcasts from across the country, praise and worship music programs, ministry programs and more. TCT is broadcast to 60 million homes throughout the U.S. and parts of Canada on Direct TV Channel 377, through numerous streaming services and on local cable. “Beyond the Goal” can be seen live or afterwards by going to http://www.tct.tv/watch-tct/on-demand-bytg. Replays are available for viewing starting three days after the live air date and are viewable for three weeks thereafter. For other live viewing options, including available local stations, go to www.tct.tv. 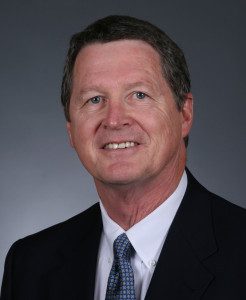 A native of Ohio, Gottfried played quarterback at Morehead State University before serving as head football coach at Murray State and the universities of Cincinnati, Kansas and Pittsburgh. He went on to a successful career as a college football broadcaster for ESPN. Gottfried and his wife, Mickey, founded Team Focus in 2000 in Mobile, Ala. It is a cost-free community outreach program aimed at young men without fathers and was inspired by Gottfried’s loss of his father at a young age.