The United States Sports Academy is working to expand its efforts to address the growing issue of sport-related concussions among youth in coastal Alabama by seeking a $1.6 million grant from the Centers for Disease Control (CDC) in partnership with the University of South Alabama (USA).

The grant would allow the Academy to build on the work it has already done to increase awareness and reduce the impact of concussions on young athletes in the Mobile, Ala., region and beyond.

Over the past year, the Academy has partnered with USA and the Mobile County Public School System (MCPSS) to provide the Concussion Awareness Program (CAP), funded in part by a grant from the National Collegiate Athletic Association (NCAA) to USA, to reduce the frequency and impact of concussions on high school athletes in Mobile, Ala. The Academy and USA developed procedures for use by the school system to better protect student athletes from the negative health consequences of concussions. 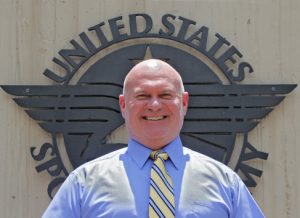 “Last year with the NCAA grant, we went to every Mobile County high school and tested every football player through the Concussion Awareness Program,” said Dr. Vincent Ramsey, Academy chair of sports exercise science.  “Athletes would take a questionnaire, then watch a video with information about concussions and how they would report, then they would take the quiz again. The results showed a significant positive influence of the program.”

The second element of the program relates to ensuring that athletes with concussions are given proper medical treatment and not allowed to resume competing until medically cleared. This is achieved by medical intervention and by standardized neurocognitive testing, a component achieved by each player taking two tests before the start of the season — an online neurological assessment and a balance test — which establish the athlete’s normal neurological function. After suffering a concussion or suspected concussion, the tests are taken again.

Under the protocol, players suspected to have suffered concussions cannot resume competition unless released by Dr. Anthony Martino, chairman of the Department of Neurosurgery in the USA College of Medicine. Martino has practiced neurosurgery for 25 years and has been actively involved in championing head injury prevention programs.

If awarded, the grant would be for $1.6 million per year for three years, which would include $410,000 for the Academy to use for its part of the study each year. Ramsey said he hopes the grant would allow the program to be expanded into the Baldwin County Public School System, as well as youth sports leagues in the area. The program would also study socio-economic and cultural data, which could shed light on concussion awareness in different communities in coastal Alabama.

“Instead of just looking at high school students, this grant would also allow us to look at the 13-and-under age group, youth sports and elementary schools,” Ramsey said. “We would modify what we did previously to fit that age group. It is in the first phase of review and we should hear something in April. The final review is this summer. In the meantime we have secured letters of cooperation from MCPSS, who we’ve worked with before, as well as the Baldwin County schools, local youth sports programs in Fairhope and Daphne and a youth football organization in Mobile. We are ready to kick this off.” 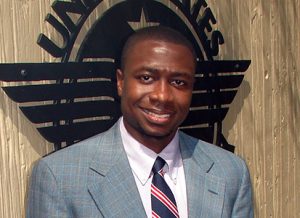 “It has been great working with the team at the University of South Alabama,” Spradley said. “Dr. Anthony Martino and Dr. Ashley Marass have both demonstrated great leadership in the development and implementation of concussion awareness programs in the area. My primary role with this project would be to serve as an education facilitator, assisting with the implementation of the concussion program into youth and interscholastic teams.”

Eventually, Ramsey said he hopes the program can be expanded statewide with the help of the grant.

“The results show a statistically significant improvement in the athletes’ levels of knowledge of concussions, as well as their perception of what a concussion is and what they should do to report it and recover,” Ramsey said. “What’s next?  We now we need to move forward and be able to implement some kind of a three-pronged program geared toward the athlete, the coach and the parent.”

“Our hope is that this program will educate thousands of young athletes about the signs and symptoms of concussion,” Spradley said. “Our goal is for young athletes to have the right attitude and mindset towards concussion and improve their behavior and willingness to report concussion symptoms.”

“Concussion education is very much needed, especially at the youth and high school levels,” Spradley said. “Much of what we hear about concussions come from sports media covering the NFL and other professional sports. Sometimes young athletes are forgotten about and neglected. This grant would be a tremendous benefit in addressing the needs of young athletes who live in Mobile and Baldwin County.”