Paul Juda and Trinity Thomas won the men’s and women’s all-around titles at the NCAA Gymnastics Championships and were crowned the United States Sports Academy’s Athletes of the Month for April for their impressive feats.

Juda, competing for the University of Michigan, won the men’s all-around title and tied Sam Mikulak’s modern-era school record of six All-America honors at the NCAA Gymnastics Championships in Oklahoma on 16 April 2022. In addition to the all-around title, Juda also scored 15.000 and won the vault title. 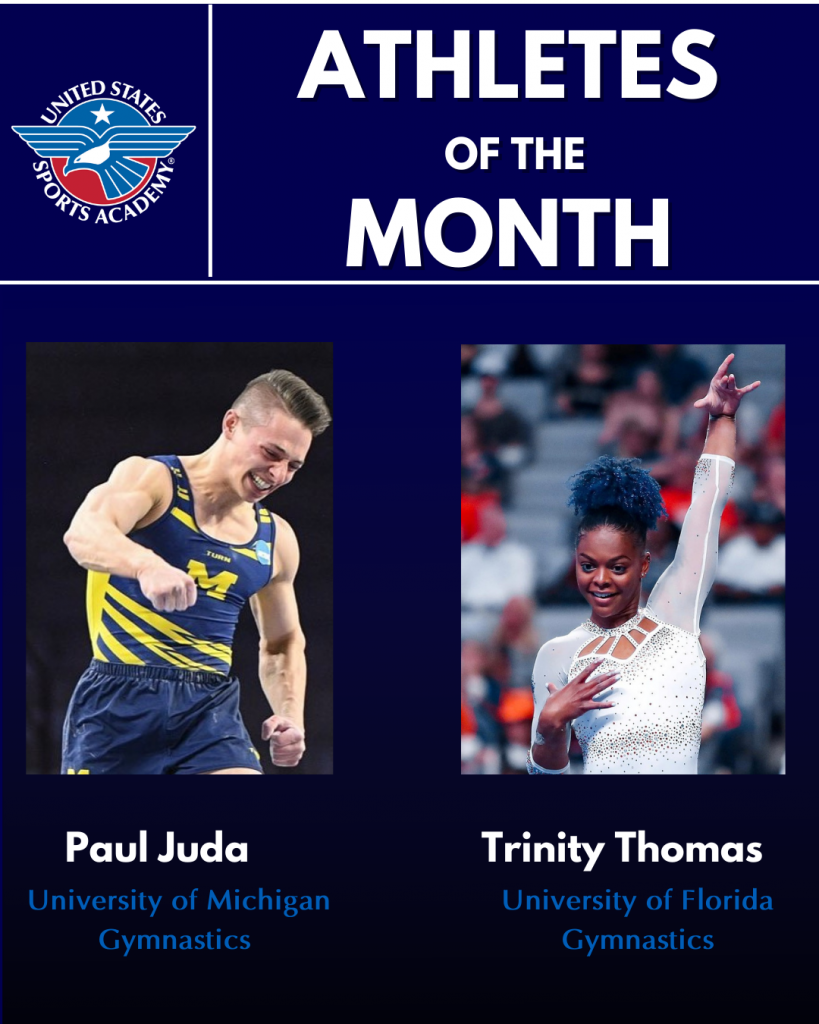 The second place finisher on the men’s side was American swimmer Caeleb Dressel and third place went to Kenyan runner Evans Chebet.

Chebet cruised to victory in the men’s Boston Marathon with a time of 2:06:51 in Massachusetts on 18 April 2022. Chebet finished half a minute ahead of his Kenyan compatriot Lawrence Cherono.

The second place finisher on the women’s side was American discus thrower Valarie Allman and third place went to American swimmer Phoebe Bacon.

The Athlete of the Year Award is part of the United States Sports Academy’s Awards of Sport program, which each year serves as “A Tribute to the Artist and the Athlete.” The Academy presents the awards to pay tribute to those who have made significant contributions to sport, in categories as diverse as the artist and the athlete in several different arenas of sport.