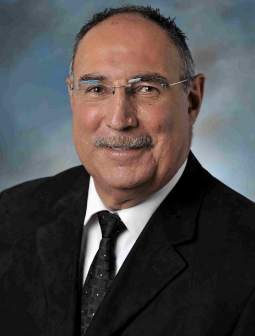 The United States Sports Academy is mourning the loss of master’s program alumnus Glenn Martinez, a longtime sports administrator, coach and educator in the San Gabriel Valley in Southern California. Martinez died 1 March, 2019, at age 63 after a battle with cancer.

Martinez earned his Master of Sports Science degree in sports management from the Academy in 2008. He had served as the assistant commissioner for the California Interscholastic Federation (CIF) – Southern Section since 2011. In that role, Martinez oversaw football, baseball, and boys and girls wrestling.

Prior to working at CIF, Martinez worked as vice principal of student services and athletics at Charter Oaks High School in Covina, Calif. He is also known for his 19-year tenure as athletic director, head baseball coach and teacher at Bishop Amat High School in La Puente, Calif., where his baseball team won 254 games, seven league titles and a division title. He also worked as an assistant varsity football coach at the school for 15 years.

Martinez, a native of Los Angeles, earned his bachelor’s degree in history from California State University Northridge and held a master’s degree in administrative education from Azusa Pacific University.