A pair of exciting young artists will be featured at the United States Sports Academy’s annual Awards of Sport program on campus on Thursday, November 10, 2022. The institution will introduce noted sculptor Brett Grill and contemporary painter James Peterson as its latest Sport Artists of the Year during the program, which is free and open to the public.

Since 1984, the Academy’s Sport Artist of the Year Award has been given to an individual who captures the spirit and life of sport so that future generations can relive the drama of today’s competition. The recipient may use a variety of art media including film, video or sculpture to depict the breadth and scope of both the agony and the ecstasy of sport. 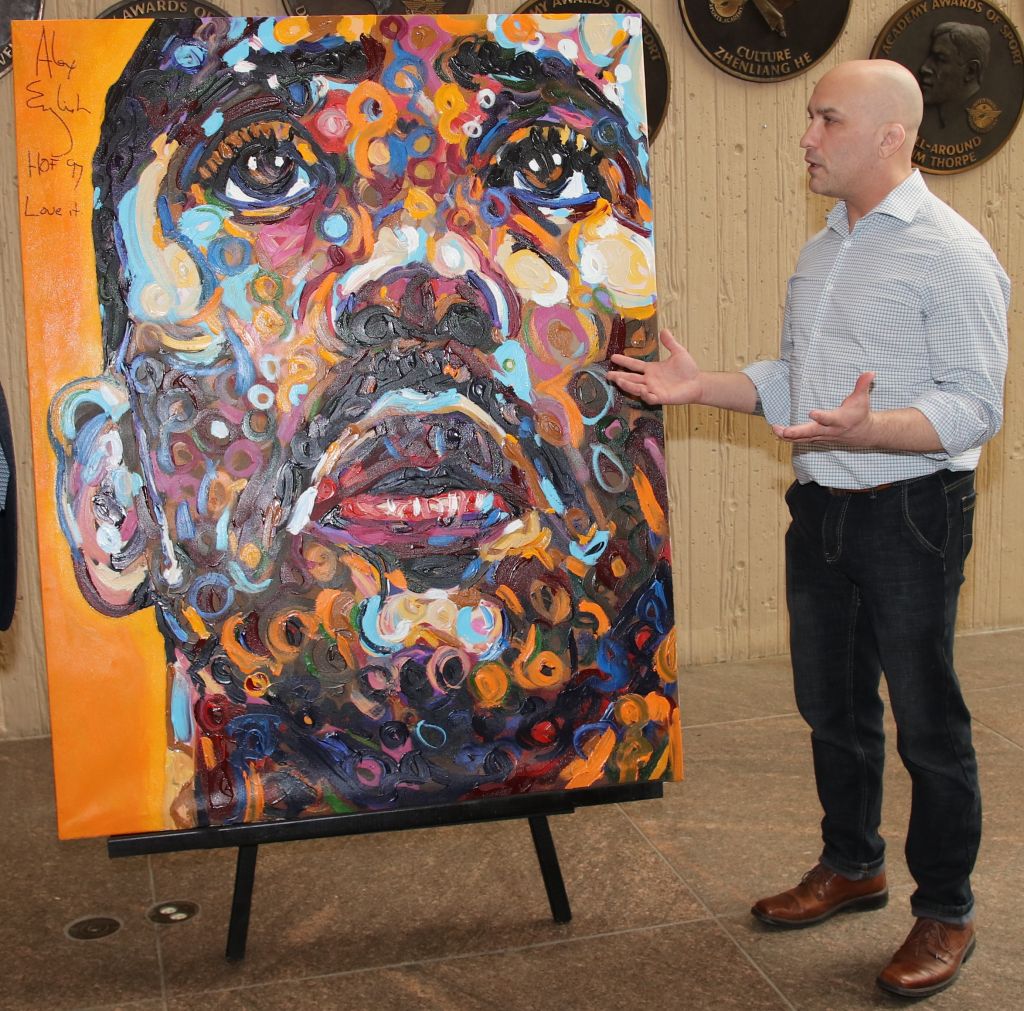 An artist with a colorful style and dedication to personalizing paintings for athletes and inspirational entertainers, James Peterson is a contemporary portrait artist originally from Milwaukee, Wisc. His original 60×48 portrait of NBA Hall of Fame player Alex English is autographed by both the athlete and the artist and on permanent display at the Academy. Peterson paints larger-than-life portraits of inspirational athletes and entertainers. As part of that series, Peterson created two unique portraits of each subject, gifting on to the athlete and keeping the other signed original, or in this case, donating it.

Peterson graduated from University of Wisconsin-Madison with a Fine Art degree. He spent many years of his early career painting larger-than-life portraits of inspirational athletes and entertainers. As a part of this series, James usually made two unique paintings of each subject, gifting one to the athlete and keeping the other signed original. James is also currently accepting portrait commissions. James has been featured in gallery shows at the Bergstrom-Mahler and the Allen Thomas Gallery. 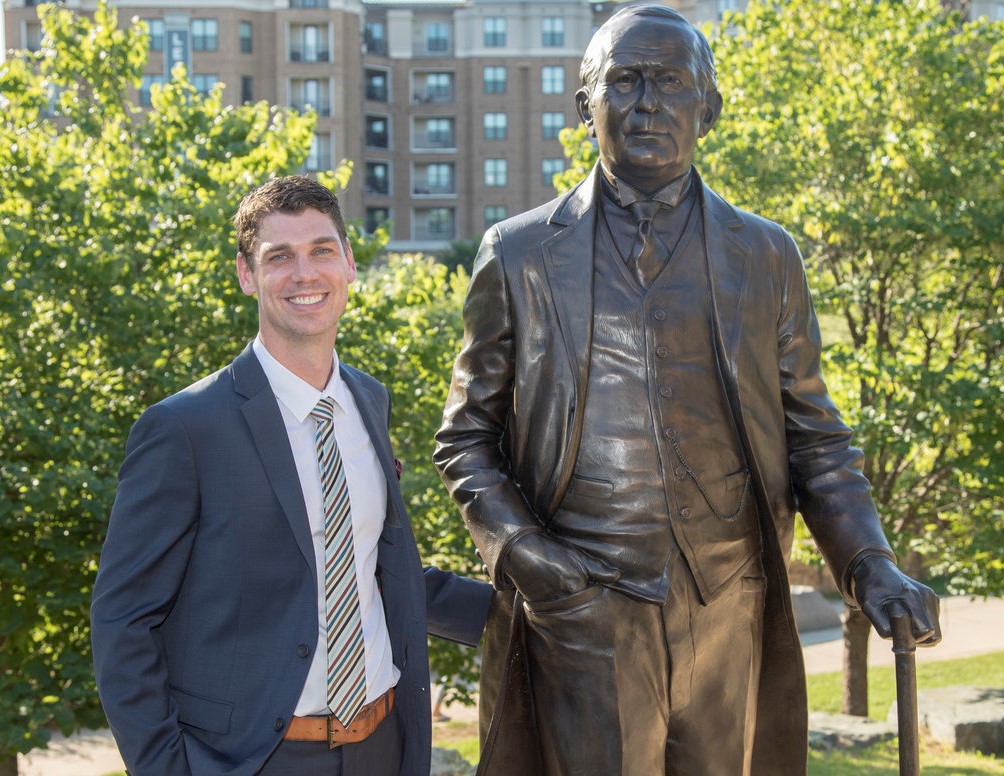 An artist dedicated to depicting some of sport and history’s greatest figures, J. Brett Grill of Grand Rapids, Mich., was recently selected as the sculptor for the city of Mobile, Ala., Hall of Fame Courtyard at the Arthur R. Outlaw Mobile Convention Center. Grill was selected ahead of 13 other artists by a 17-member committee. The project will feature Mobile’s Major League Baseball Hall of Fame players including Hank Aaron, Willie McCovey, Satchel Paige, Billy Williams, and Ozzie Smith.

Grill is a sculptor of memorials, monuments, and portraits. He earned a Bachelor’s degree in sculpture from the University of Michigan in 2001 and an MFA in painting at the New York Academy of Art in 2003, both with honors. Brett worked as an Associate Professor of Art and Director of Graduate Studies at the University of Missouri for 10 years and now maintains a studio in Grand Rapids, MI. He has lectured on his own work and historical artistic techniques throughout the Midwest. He has exhibited at various galleries and museums across the nation.

Grill  has sculpted presidents, politicians, athletes, coaches, and other leaders. His commissioned sculptures can be found in public and private collections across the nation. In 2011 he was commissioned to create a statue of President Gerald R. Ford for the United States Capitol building in Washington D.C. His other notable works include a monument honoring the first Black athletes in the Southeastern Conference located at the University of Kentucky and a monument honoring Duke Slater at the University of Iowa. Additionally, Brett has produced monuments that can be found at the University of Michigan; Grand Valley State University; Concord, NH; the USS Gerald R. Ford; Grand Rapids, MI; Charlotte, NC; and Mobile, AL.