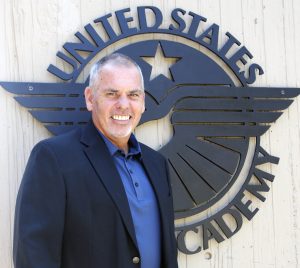 Temple – and experienced college athletic administrator, coach and instructor in higher education – taught a sports administration course from 5-16 March 2017, to students at the United Arab Emirates Football Association (UAEFA). The Academy played a role in the development of the Football Club Operators License Program in cooperation with the UAEFA. The agreement between the Academy, its Emirati colleagues and the UAEFA led to the development of the Football Association Academy (FAA).

“Regardless of cultural differences, sport is a common language and interest around the world,” Temple said. “The students that I had the privilege to work with in Dubai love their country and love their sport. What better combination can there be for developing a classroom of learning?

“I had 15 students in my class that were passionately interested in improving their sport administration skills and knowledge, so that they can help their football clubs be more efficient.”

The effort includes football certification programs that offer professional preparation and training designed to meet the needs of coaches, athletes, administrators and operatives in the UAE football club system. This year, the curriculum covers sports administration as well as facilities and event management.

Temple has served as a Sports Management Specialist for the Academy for the past four years and taught in Dubai on behalf of the Academy as recently as September 2016.

“What a group of giving and caring students, I always find myself leaving Dubai with so many gifts from them,” he said. “I am so thankful to the UAEFA and the Academy for allowing me to teach in this program.”

Temple also recently returned from Thailand, where he taught sports coaching and methodology to students at the Sport Authority of Thailand. The Academy is conducting its International Certification in Sports Coaching (ICSC) and International Certification in Sports Management (ICSM) programs in Bangkok, programs that have been in place more than a decade.

Both certification programs prepare participants for leadership roles in sport. The ICSC program includes a wide range of coaching and related administrative skills, while the ICSM program includes management topics such as sports event planning, marketing and public relations, and facilities.

Temple has served as a faculty member for the Academy’s international programs in Thailand, Malaysia and China. He is an experienced college athletic administrator, coach and instructor in higher education with more than 38 years of experience. He also currently teaches fitness, sports coaching and sports management courses at Asbury University in Wilmore, Ky.

Temple has taught sports management classes at the University of Kentucky as well as fitness and wellness classes at Indiana Wesleyan University. He was the athletic director at Lexington Christian Academy in Lexington, Ky., from 2010-12, and district athletic director and fitness and wellness teacher at Jessamine County Schools in Nicholasville, Ky., from 2000-10. 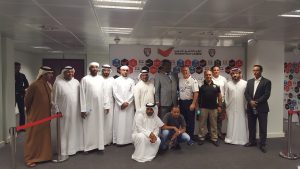 In addition, he served as director of athletic facilities and head men’s soccer coach at Asbury College in Wilmore, Ky., for four years. He was director of athletics, head men’s basketball and head men’s soccer coach at Toccoa Falls College in Toccoa Falls, Ga., for eight years and served as athletic director at Miami Christian College and Central Jersey Christian School early in his career. In addition to his administrative duties, Temple has coached soccer, basketball and baseball as well as taught health, sports and fitness related courses since the mid-1970s.

The United States Sports Academy is an independent, non-profit, accredited, special mission Sports University created to serve the nation and world with programs in instruction, research, and service. The role of the Academy is to prepare men and women for careers in the profession of sports. For more information about the Academy, call (251) 626-3303 or visit www.ussa.edu.