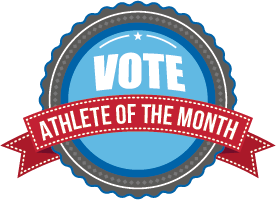 Worldwide online voting is now open for the United States Sports Academy’s October Athlete of the Month ballot, featuring 12 candidates from eight countries who made an impact in their sport during the month.

Everyone is encouraged to cast a vote on the Academy’s website at www.ussa.edu. Voting will continue until 5 p.m. Central time on Thursday, 11 November 2021.