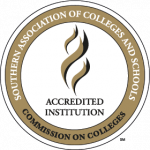 Southern Association of Colleges and Schools Commission on Colleges 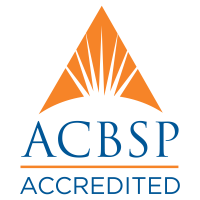 The Academy’s sports management bachelor’s, master’s, and doctoral degree programs are accredited by the Accreditation Council for Business Schools and Programs (ACBSP), an accrediting body that focuses on business education. The organization accredits educational programs around the world that focus on teaching excellence in business.

The Academy has been exempted from the State of Alabama Licensure requirements pursuant to Code of Alabama Title 16-46-3-1 through 9 by the Alabama Department of Post-Secondary Education.

The Academy has been approved by the Alabama Commission on Higher Education to participate in the State Authorization Reciprocity Agreement (SARA).

Students seeking teaching certification should check with their local school district administration to inquire about teaching requirements prior to beginning the application process. 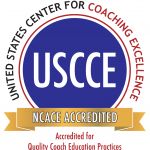 National Committee for the Accreditation of Coaching Education

Working under the auspices of the United States Center for Coaching Excellence (USCCE), National Committee for the Accreditation of Coaching Education (NCACE) accreditation signifies that the Academy’s coaching bachelor’s degree program is aligned with the National Standards for Sport Coaches (NASPE, 2006) and the NCACE Guidelines for program supervision, personnel and operations.

The Defense Activity for Non-Traditional Education Support has included the United States Sports Academy and its master’s degree program in its DANTES External Degree Catalog.