A member of the United States Sports Academy’s Board of Visitors and National Faculty recently won two major awards and completed his latest of several books.

McCollough, who lives in Gulf Shores, Ala., was the 2015 winner of the Academy’s Theodore Roosevelt Meritorious Achievement Award, which is presented to an athlete in any amateur or professional sport who has excelled not only on the playing field, but also as a contributor to both sport and society over at least a quarter of a century. Previous recipients include President Ronald Reagan, numerous U.S. Congressmen, governors, Hall of Famers and Olympians.

McCollough was honored by his alma mater during halftime of Alabama’s first home game of the 2017 football season with the prestigious award, which recognizes former athletes for outstanding accomplishments since leaving the university. Selection is based on character, contributions to society, professional achievement and service to fellow man. Former recipients include Green Bay Packers All-Pro quarterback and coach Bart Starr and Dallas Cowboys All-Pro linebacker Lee Roy Jordan.

McCollough was an Academic All-American center on Alabama coach Paul “Bear” Bryant’s 1964 National Championship team, graduating with honors in 1965.  He then attended medical school at the University of Alabama at Birmingham (UAB), ultimately becoming one of the nation’s leading facial plastic surgeons. 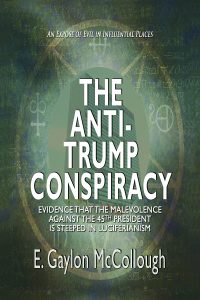 About the award, McCollough said, “Coach Bryant was one of those ‘larger than life’ individuals who pass through—for a short time—this realm we call ‘Life.’ It was a privilege to play for him, one of football’s greatest coaches, learn life-lessons and leave the University of Alabama with a national championship (1964) ring on my finger. But to receive the award from my alma mater that carries my coach’s name forward—in perpetuity—is an honor beyond description.”

McCollough has supported his alma mater throughout his career. He served as vice-chair of the President’s Cabinet during the administration of Dr. Joab Thomas, co-chairman for the Bryant Museum Planning Committee and co-chair for UA’s 1990s Capital Campaign for the College of Arts and Sciences. In the spring of 2017 he and his wife, Susan, who is currently an Academy trustee, endowed the McCollough Institute for Pre-Medical Scholars at the University, a one of a kind educational experience for tomorrow’s physicians. He and his wife also funded construction of the Susan and Gaylon McCollough A-Club Career and Leadership Development Center in the Battle Academic Center at Bryant Hall, among numerous additional donations to the University.

The Bryant Award comes shortly after the ASHOF Board of Directors honored McCollough as 2017’s Distinguished Alabama Sportsman. Previously a member of the ASHOF Board of Directors, McCollough has been involved since the beginning with ASHOF’s Bryant-Jordan Student-Athlete Scholarship Program, which annually awards more than 100 scholarships to high school seniors based on athletic and scholastic achievement.

McCollough earlier was honored twice by the All-American Football Foundation, with its “Distinguished American” and “Un-Sung Hero” Awards, and is a member of the Wiregrass Sports Hall of Fame.

In addition to his substantial contributions to sport, McCollough has received national and international recognition in his field of facial plastic surgery, including being listed in “Best Doctors in America” since 1994, “America’s Top Plastic Surgeons,” “America’s Best Physicians,” and as a member of the National Academy of Medicine. He also served as commissioner on the State of Alabama’s Medical Licensure Commission.

McCollough is founder of the McCollough Institute for Appearance & Health in Gulf Shores, Ala., an interdisciplinary professional complex dedicated to helping people from all walks of life look, feel, and perform better and longer. The McCollough Institute was honored by the Alabama Gulf Coast Chamber of Commerce as “Business of the Year” for 2002.

McCollough is the author/co-author of several major textbooks on facial and nasal plastic surgery. His textbook, “The Elite Facial Surgery Practice,” shares his experiences with aspiring younger surgeons and those seeking to expand their practices. It will be released worldwide this fall.

He received specialized training in facial plastic surgery in Beverly Hills, Calif.; New Orleans; and Boston and is board-certified by The American Board of Facial Plastic and Reconstructive Surgery. He has served as the board’s first president. In 2009, he received the Larry Schoenrock Award from the certifying board for his founding and leadership efforts.

McCollough served as president of the International Council of Integrative Medicine and is certified by the American Board of Otolaryngology, which represents the specialty of Otolaryngology-Head and Neck Surgery, and the American Board of Facial Plastic and Reconstructive Surgery, of which he served as the board’s first president. He is a fellowship director for the American Academy of Facial Plastic Surgery’s fellowship training program and has trained numerous facial plastic surgeons, whose practices extend throughout and beyond the U.S. borders.

McCollough was inducted into the American Board of Cosmetic Surgery as an honorary member and served as president of the American Association of Cosmetic Surgeons. He is clinical professor of surgery (facial plastic and reconstructive surgery) in the Department of Surgery at the University of South Alabama College of Medicine and, while in Birmingham, he was a clinical professor in the Department of Surgery at UAB Medical Center. In 2007, McCollough was honored for the international release of his book, “Let Us Make Man,” at the Waldorf Astoria in New York City.

In 1994, McCollough was honored by the March of Dimes as Alabama Citizen of the Year and is listed in the National Registry of “Who’s Who in Medicine.” The international publication, “Cosmetic Surgery Times” called McCollough a “Renaissance Man.”

In addition to his medical career and his service to sport, McCollough is a prolific writer. In addition to numerous medical texts, he has written more than a dozen political thriller novels and non-fiction books about key political issues in the United States and around the world.

His latest book, released in June 2017, is entitled, “The Anti-Trump Conspiracy: Evidence that the Malevolence Against the 45th President is Steeped in Luciferianism.”

Said one reviewer, “Internationally-renowned facial plastic surgeon Dr. E. Gaylon McCollough, prides himself in being a patriot and guardian of the republic that is the United States of America.

“Whether you identify as a Republican, Democrat, Libertarian, or Independent; whether you are a follower of the ‘mainstream press’ or the grassroots Pro-Americanism Enlightenment Network (PAEN); whether you pledge allegiance to the flag of the United States of America, her allies or that of one of her sworn enemies, you owe it to yourself, and your family, to read Dr. E. Gaylon McCollough’s revelationary book: ‘The Anti-Trump Conspiracy.’”

“Nowhere else will readers see the indisputable connection between the push for Orwellian Global Governance and sworn adversaries of the 45th President of the USA. Nowhere else will defenders of human rights discover how to unite against the forces of Evil.”

The book is published by W&B Publishers is available from Amazon.com.

As a member of the Academy National Faculty, McCollough is among a group of faculty who teach post-secondary non-degree programs in the Academy’s international sports education programs around the world.