Graig Kreindler, the painter of America’s national pastime and the United States Sports Academy’s 2018 Sport Artist of the Year – Painter, is contributing 230 original portraits to a celebration of the history of professional baseball’s Negro Leagues.

Kreindler is a featured artist at the Negro Leagues Baseball Museum Centennial Celebration in Kansas City, Missouri, in February. The celebration – which will kick off with a grand opening on 13 February 2020 – will recognize the rich history of baseball’s Negro Leagues, which provided a playing field for African American and Hispanic baseball players at a time when American society was segregated by race. 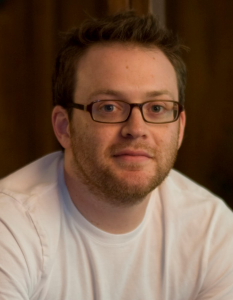 The celebration and art show coincide with the 100th anniversary of the founding of the National Negro League by Andrew “Rube” Foster and eight independent black baseball team owners in Kansas City in 1920. The leagues operated for 40 years, leading to economic growth in African American communities and sparking social change in America.

Kreindler’s portraits will showcase players from the various Negro Leagues and other affiliations that employed athletes of color, which includes various Latin American leagues. The portraits were commissioned by Seattle businessman and collector Jay Caldwell, the owner of Dreams Fulfilled and founder of NegroLeaguesHistory.com.

“I’m super excited to be part of it,” Kreindler said. “It originally started as a small project for (Caldwell’s) personal collection at the end of 2017, and then over the course of a few months, turned into something a lot bigger. Since he has a large collection of memorabilia dedicated to the Negro Leagues and affiliates, he wanted to celebrate and honor those men – and women – at the centennial of the Negro National League’s formation in February.

“This exhibit is special because it has the purpose of educating people about the great players of the era who never got a shot in the big leagues because of their skin color,” Kreindler said.

“What’s been so great to me is that I’ve been able to learn a lot about players I had never heard of and have been able to immerse myself in that world. As a result, I feel like I’ve come to know a lot of these guys in a meaningful way. So being a part of this whole thing has been a huge honor.”

In addition to Kreindler’s 230 portraits, the exhibit will feature Negro Leagues artifacts and memorabilia as well as work from artist Monty Sheldon, whose painted baseballs are sought after by collectors around the world.

Kreindler’s work focusing on the quaint ballparks, lively personalities and dominating teams in baseball’s history has been featured in The New York Times, The Wall Street Journal, Sporting News and on the YES television network.

The artist’s relationship with baseball began at an early age. His parents, both New York Yankees fans, named him after third baseman Graig Nettles. As a budding young artist Kreindler was inspired by his father’s baseball card collection and in particular, the 1940s cards that used illustrations instead of photographs of featured players.

Kreindler’s portrait of 1956 Philadelphia Phillies star Richie Ashburn is a permanent part of the collection at the Academy’s American Sport Art Museum & Archives. The ASAMA collection is also home to several paintings depicting players from the Negro Leagues by artists Kadir Nelson and William Williams.